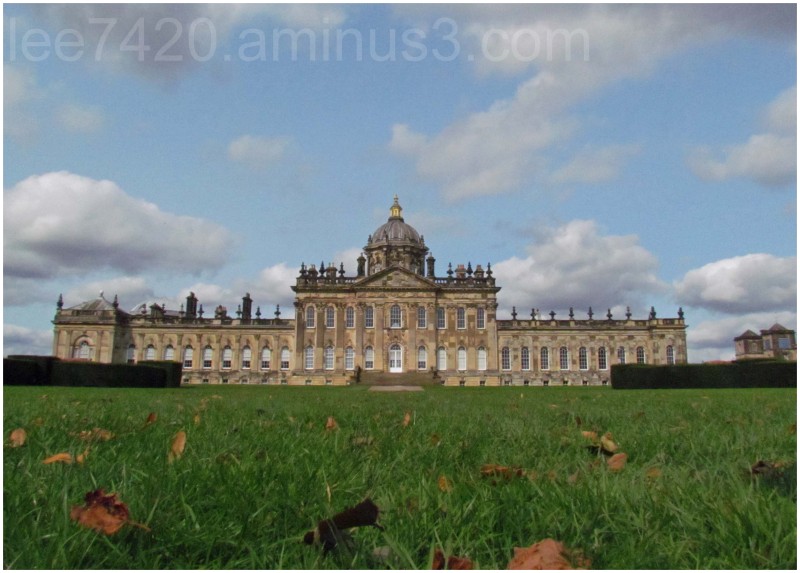 Posted by Leigh (Northallerton, United Kingdom) on 14 September 2012 in Architecture and Portfolio.

Castle Howard is a stately home in North Yorkshire, England, 15 miles (24 km) north of York. One of the grandest private residences in Britain, most of it was built between 1699 and 1712 for the 3rd Earl of Carlisle, to a design by Sir John Vanbrugh. Although Castle Howard was built near the site of the ruined Henderskelfe Castle, it is not a true castle, but this term is often used for English country houses constructed after the castle-building era (c.1500) and not intended for a military function.

and these are just the servants quarters :)

Looks more like a government building than a home:)

A superb framing for this beautiful and impressiv castle !

I like this head on view of this stately looking place. It has so much style and character. Fine image.

SUperb point of view. I love all of the i details. In AMerica we do not have old lovely buildings like these. I enjoy seeing them very much.

I love this scene so much

Nice shot of this majestic Castle ... the low point of view is really great !!!

A touch of slithering here Leigh - following the family tradition

Keep up the slithering Son ! A nice pov, it brings back memories of that lovely day out